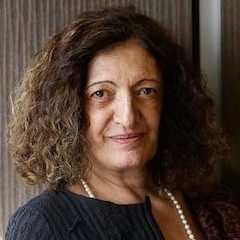 Ana Falú is a professor and researcher for the National University of Córdoba, Argentina. She is also the Director of the Research Institute for Housing and Habitat. She carried out her postgraduate training at Bowcentrum International Education and at the Technical University of Delft, Netherlands.


Ana was Regional Director of UN Women (formerly UNIFEM) for the Andean Countries, Brazil and the Southern Cone Countries until 2009. She is currently an expert member of the AGGI, the UN Habitat’s Advisory Group on Gender Issues, and also coordinates the UNI, UN-Habitat’s Gender Hub. She is a founding member of Women and Habitat Network for Latin America and has authored numerous articles and books on themes related to housing, cities, habitat, and gender. She launched the “Violence-free cities for women, safer cities for all” program in the region in 2004 and is also an activist for Human and Women’s Rights, as a member of the AFM (Marcosur Feminist Organization). 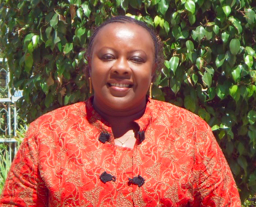 Angela Mwai is an international development and financial management professional with over 28 years’ experience. She is the leader of the Gender Equality Unit at UN-Habitat global headquarters in Nairobi and is UN-Habitat’s gender focal point..


Her responsibilities include gender mainstreaming in all policies, programmes and projects in UN-Habitat, raising awareness and capacity building on gender issues, for both internal colleagues and external partners, gender tool development, engaging colleagues and partners to ensure gender perspectives are well included in all their activities. Angela is also involved with other UN Agencies and partners on advocacy events on gender and women’s issues in international forums around the world. In addition, Angela is also responsible for corporate reporting on all the other cross cutting issues which are youth, human rights and climate change. In August 2018, Angela look over the responsibility of human rights mainstreaming in UN-Habitat. She is a collaborator on GenUrb and a member of our Policy Team. 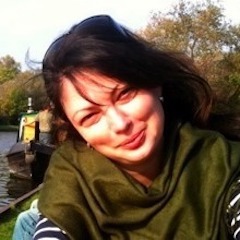 Cristina Temenos is a Lecturer in Human Geography. She received her PhD in Geography from Simon Fraser University. Cristina’s research is focused on the relational politics of public health and social reproduction in cities across the so-called 'global north' and 'global south'. Current work examines the effects of post 2008 austerity policies of public health services across European cities. Her research also engages these interests through a focus on the geographies of harm reduction drug policy in cities in Europe, North America, and the Caribbean, the ways that social movements produce and mobilize knowledge about health and human rights to advocate for policy change in cities, and the ways that policy mobilities (re)shape cities. Cristina is an editorial board member for Environment & Planning C: Politics and Space and Geography Compass. Her work has appeared in the Annals of the Association of American Geographers, Environment & Planning A, Environment & Planning D, the International Journal of Urban and Regional Research, and Transactions of the Institute of British Geographers. 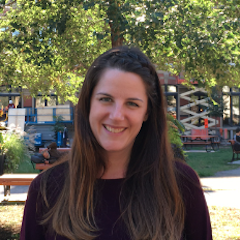 Kathryn Travers is a global consultant on issues of gender, safety and urban development and governance. She is the former Executive Director of Women in Cities International (WICI) and fellow at NewCities in the area of Gender Inclusive Cities. She has a successful history of developing and managing programmes in Canada and internationally and has effectively worked to broaden the understanding of women’s safety by bringing an intersectional approach to her work and by collaborating with different groups of women and girls to explore new related issues (accessibility, essential services, adolescence, etc.). Kathryn has led the development of new and innovative tools for capturing data about women’s and girls’ safety experiences in urban environments and has led training workshops in several countries. She has extensive experience in working with diverse populations in the global North and South including adolescent girls, women with disabilities, indigenous women, elderly women, women living in informal settlements, etc. Kathryn left her role in GenUrb in August 2021 to start a new position with UN Women.