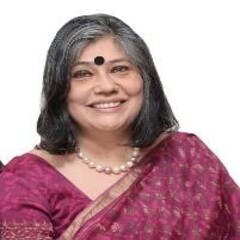 Dr. Anindita Datta is Associate Professor at the Department of Geography, Delhi School of Economics, University of Delhi, and the Delhi CRT Lead Researcher. Her research interests are in the area of feminist geography, conceptual traditions in geography and social geography of India, particularly interested in geographies of care, indigenous feminisms, spaces of resistance, everyday geographies and in issues of gendered and epistemic violence. Dr. Datta is Chair of the Steering Committee, IGU Commission for Gender and Geography, and served on the international editorial board for Gender Place and Culture and Social and Cultural Geography. In this project she is interested in looking at feminist solidarities, resistances and resilience in the midst of constant precarity. 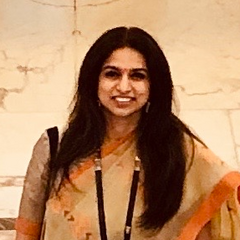 Swagata Basu is an Associate Professor and Head of the Department of Geography at SSV College, Hapur, India. Swagata’s research interests are in the area of Violence against Women (VAW) and Intimate Partner Violence (IPV) as well as issues related to women’s right to the city. Swagata works closely with women’s organisations associated with livelihood issues of women in low income urban neighbourhoods.

The Delhi CRT will base its study in a resettlement colony tucked away in the North Eastern part of the capital city where members of the weaver community were resettled.

The re-settlement of the urban working class from the central parts of the city to this locality began four decades ago, as a part of a scheme aimed at de-congesting the city. The initial stream of settlers recollect their impression about the area as nothing more than a huge stretch of wilderness, infested with insects and wild animals roaming free. The residents made make-shift hutments and struggled hard to get access to water and other basic amenities. With time, the working-class residents built small pucca brick houses and civic amenities were provided by the government. To meet the rising demand for cheap housing, the original tenements experienced a vertical growth, with more floors being built to accommodate migrants as tenants, and provide a rental income to the working class owners.

Today, bustling markets spill over the main road that leads to the colony; typists punch away on their typewriters for clients waiting to visit the nearby District Court, an aroma of fried food from crowded food stalls fills the air along with the cacophony of buyers, haggling over the prices of clothes, vegetables, fruits, utensils, sports goods and other items being vended on the roadside. There is hardly any greenery to be found in the colony, but for one or two tiny parks. The initial residents who settled in the colony now own the residential buildings and commercial spaces, while the subsequent streams of migrants who made the colony their home live in rented accommodations and commute to their workspaces, resulting in a diverse and gentrified community. The houses are mostly windowless and it is common to see women sitting outside their front doors, virtually on the kerbs during the day, while the men have left for work. The colony recently saw the mobilization of its residents for protests against the citizenship act, soon after which the neighborhood was also impacted by the communal riots that erupted over North East Delhi. The site is vibrant, dynamic and pulsating with stories of both resistance and resilience, as the lives of its people are now impacted by a new precarity- the spread of Covid -19 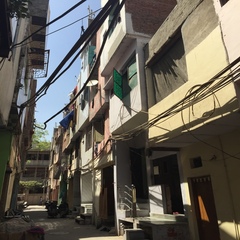 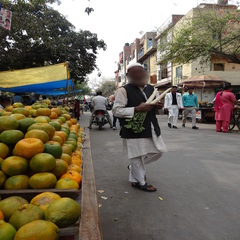 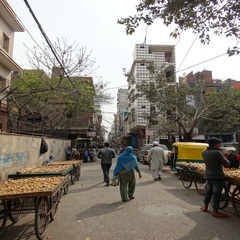 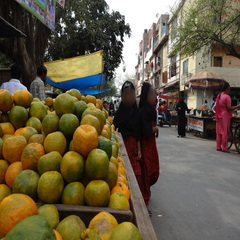 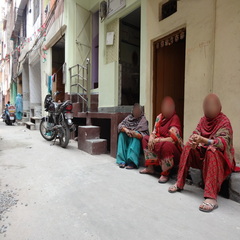 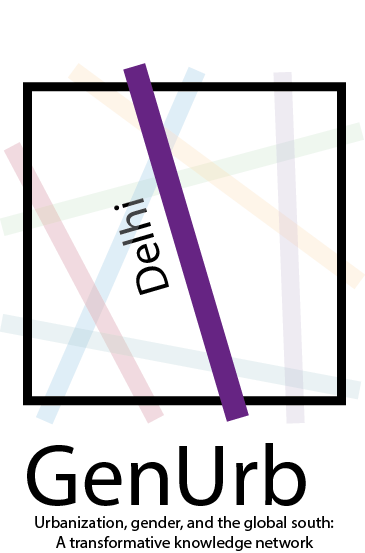 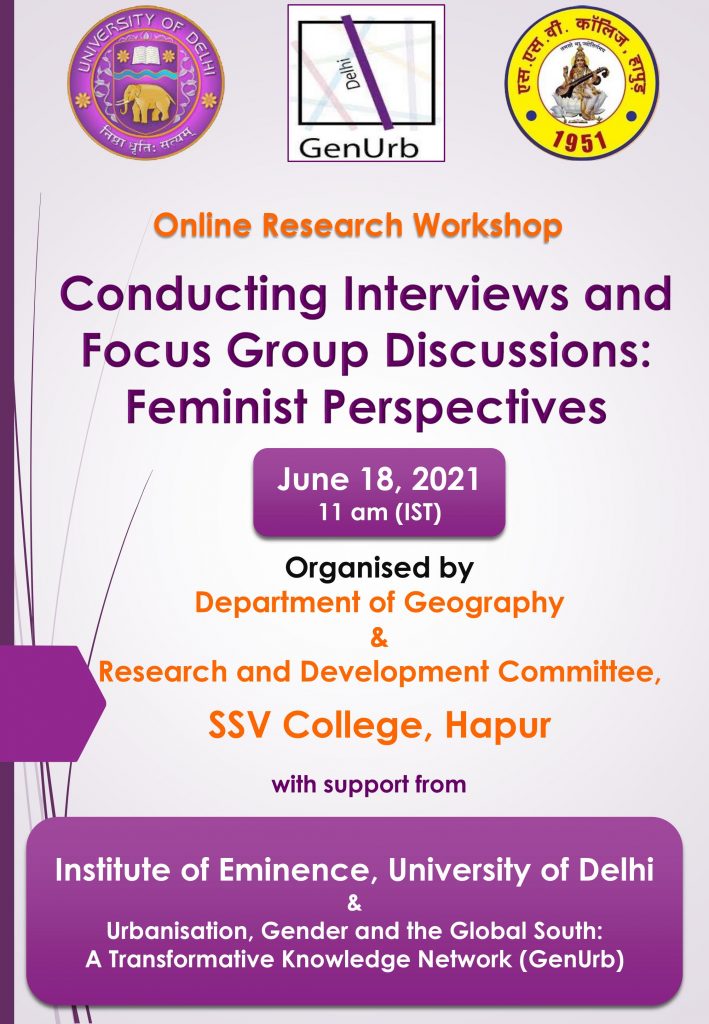 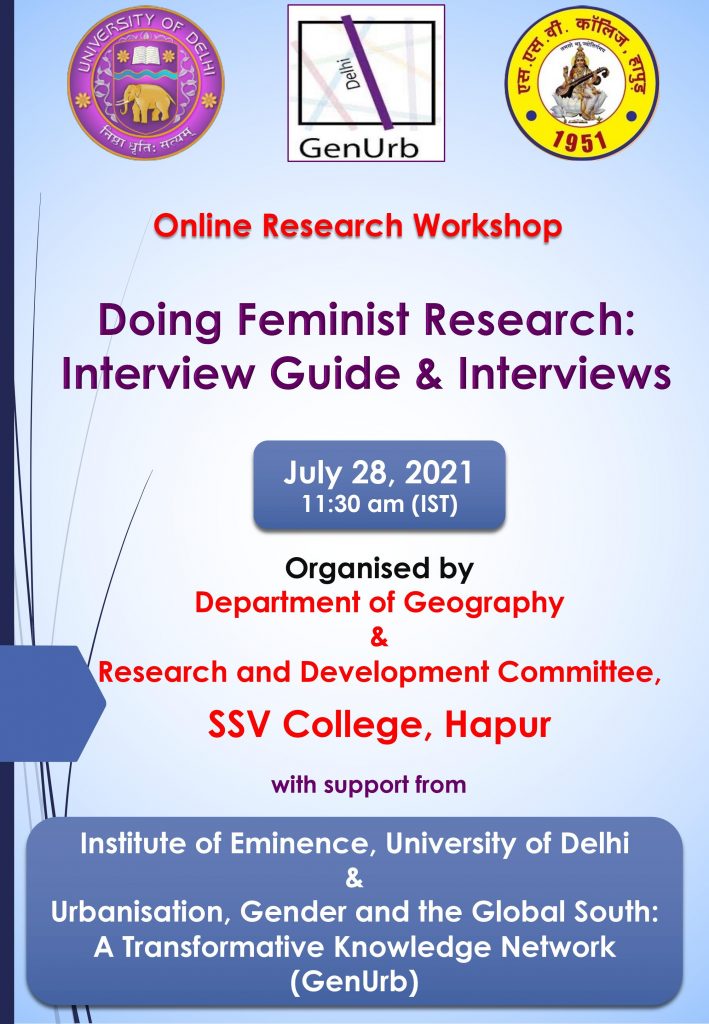 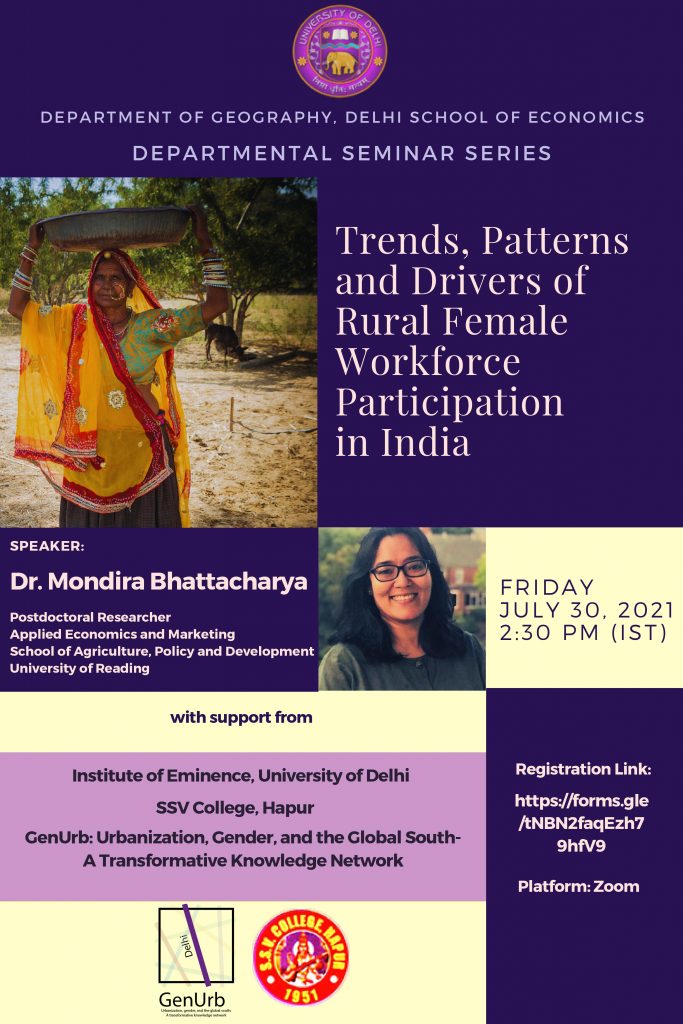